If you weren’t around for the live results, you missed out on the banter, but it’s not too late to find out who won! If you want to keep the suspense alive and view the last round line by line, here’s the spread sheet: Final Round Scoresheet

Otherwise, your winner is…

He scored half his points on one board, setting  a high mark for an individual board with 16 points. It was a close match going into the last board. It was a killer letter though of “O” and when categories were even answered they were often doubled up.

I need to issue a few apologies. One to Rhubarb for keeping him up past his bedtime. I did not think it would take so long, but so much fun watching you all joke and discuss the answers after they came up, that I had to watch awhile before putting up the next row of answers. Two, for sharing the doc with Margaret’s work email, thus her missing out on most of the fun. Three, for jabbing on outdated stuff, detracting from the fun.

The live results more fun than I expected. I thank you all for playing. I think I might be interested in using these powers in home Scattergories games from now on. What do you think of the clued answers for future iterations? Think they were hard/unfair or favored a different skill set?

Stay tuned for next month’s game. I know our new mascot will be watching and waiting for the carrion that is the first round losers to make their exit. 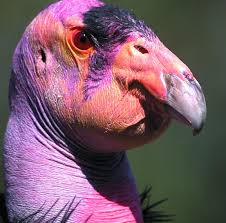